1. Annie learned to say NO

3. Louise was afraid to look stupid

Annie Was Afraid to Say No 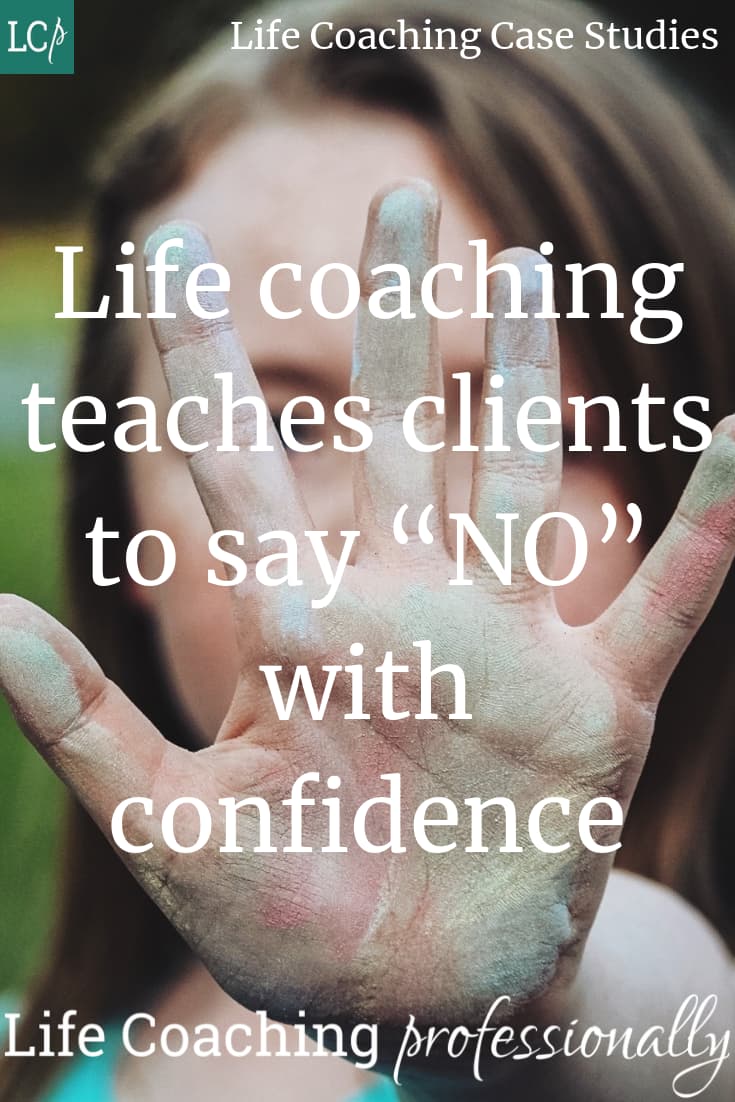 Annie was an intelligent successful business woman.  What she wasn’t good at was looking after her own needs and saying “NO” to the demands of her family, partner and friends.

Annies friends and son would call her at all hours to share their stories and ask for help with their problems. Her partner, who was also her business partner, would always expect his demands to be attended to before what she needed or wanted to do. She felt she had no time to do anything but be there for other people.

The first thing I did with Annie was to help her identify the unconscious needs that were driving this behaviour and coach her to see how she could be sabotaging herself from being in control of her life.

With coaching Annie to realise that one of her needs was to please other people. Without delving too much into her past she revealed parents had been very demanding of her.

She, had as a child, unconsciously decided she had to please people to get their approval and affection.  To please everybody in order to be liked and accepted had become a driving need for her which, of course, was not serving her as an adult.

Annie now understood she had to set some boundaries in place around what she would and would not say YES to and how she would allow people to treat her.

It took her way out of her comfort zone, but she practised not being so available to her friends or her partner, even turning off her phone when it was not convenient for her to speak to them.

She also explained to her demanding son about this need to please and where it came from and how it was affecting her. She asked for his support in changing her behavior.

It's amazing how often just coaching the client to ask for support from someone rather than getting into conflict has a good result.

And yes you guessed it, her friends, partner and family soon got used to her new behaviour and still liked and approved of her and with extra respect.

If a need to please or fear of disapproval or a feeling of obligation is holding a client back from truly expressing what they need from people at work and at home, coaching can get to the bottom of what is driving this behaviour. Then you can help develop strategies to confidently change things.

Have a look at How To Say NO elegantly  for some tips on coaching around this.

The Portable Coach is a book I can highly recommend for use with all types of clients. The processes in it were invented by Thomas Leonard, the founder of life coaching as a profession for his CoachU school, the first life coach training (and in fact where I trained in 1998). There are processes for all life coaching situations and one I used with all my clients Identifying Needs has been one of the backbones of my personal coaching.

Steven came for coaching because he didn't know how to go about being less critical and more accepting of himself and others. What I admired about him was that he recognised he had a problem and was keen to do something about it. 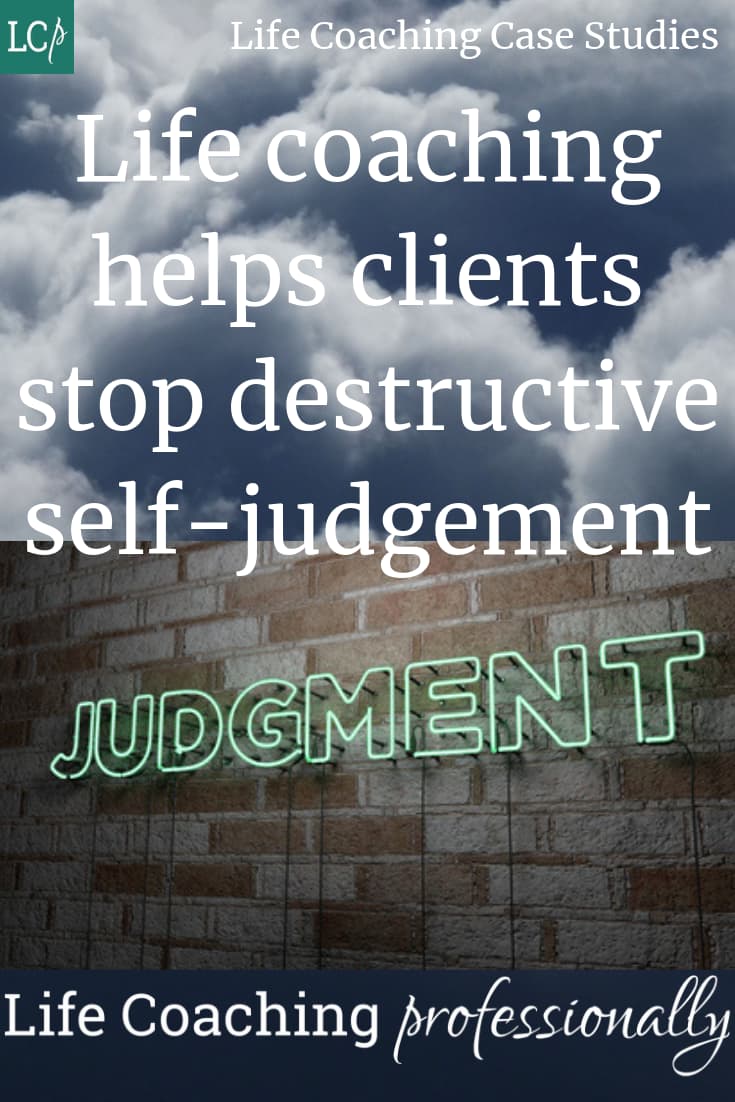 His mind chatter, which was driving him made, was always making him wrong for the way he dealt with situations. He also found himself being very critical (in his head) of people who operated in a way that was different from how he would have liked things to be done.

Steven was a gifted technical person and problem solver who liked to take his time with research and see things through.

Not surprisingly, he felt well out of his comfort zone with the more spontaneous sales and management staff he had to deal with and who were constantly changing their minds about the things they wanted him to do before he had completed their previous request.

He had been in his job for many years and his expertise and  methodical way of operating and problem solving had often been acknowledged by his manager.

I spotted that it was this need to follow through and complete on things that wasn't being met. This was causing the resentment not only of himself but of those he worked with.

Coaching with Steven was mainly a matter of supporting him to realise that he was OK just as he was and to appreciate and accept the differences in others.

A tool I used to do this was to get Steven to take the Kolbe™ A Index. This is one of my favourite coaching tools as it helps clients identify and acceptr their MO (modus operandi) or natural way of operating.

Coaching Breakthrough: Steven realised he was OK just as he was and so were others

It was a huge breakthrough for Steven to recognise. He made a real effort of not being so critical of himself and others.

He practised "going with the flow" rather than resisting change and began to see that a change of mind by his sales colleagues could be regarded as a completion in itself.

He also practised being spontaneous and having days out with his partner that were completely unplanned - a real stretch for someone who likes to know exactly what is going to happen and when.

And as he consciously practised this new acceptance of himself and others, life became less stressful and  more enjoyable.

A Really Useful Self Discovery Toolkit 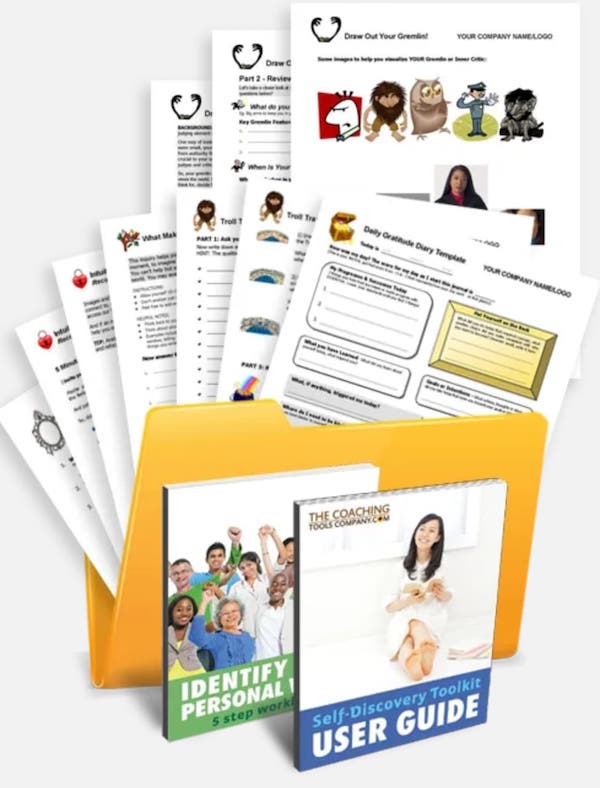 One of the first steps with clients who come to you for life or personal coaching is to help them become more aware of who they are. I can honestly recommend The Self Discovery Toolkit from the Coaching Tools Company to make this easy and reliable.

This value pack will help your clients explore and connect to their authentic selves – and align their lives with who they really are! It’s amazing how many people do not have this awareness and it causes them confusion and pain.

There are 8 products in the kit you can brand to your own coaching,  including

Have a look at the full list of processes in the Self Discovery Toolkit and also check out the many other useful Coaching Tools Company kits on offer that will save you time and money.

Louise Was Afraid To Speak Up At Work 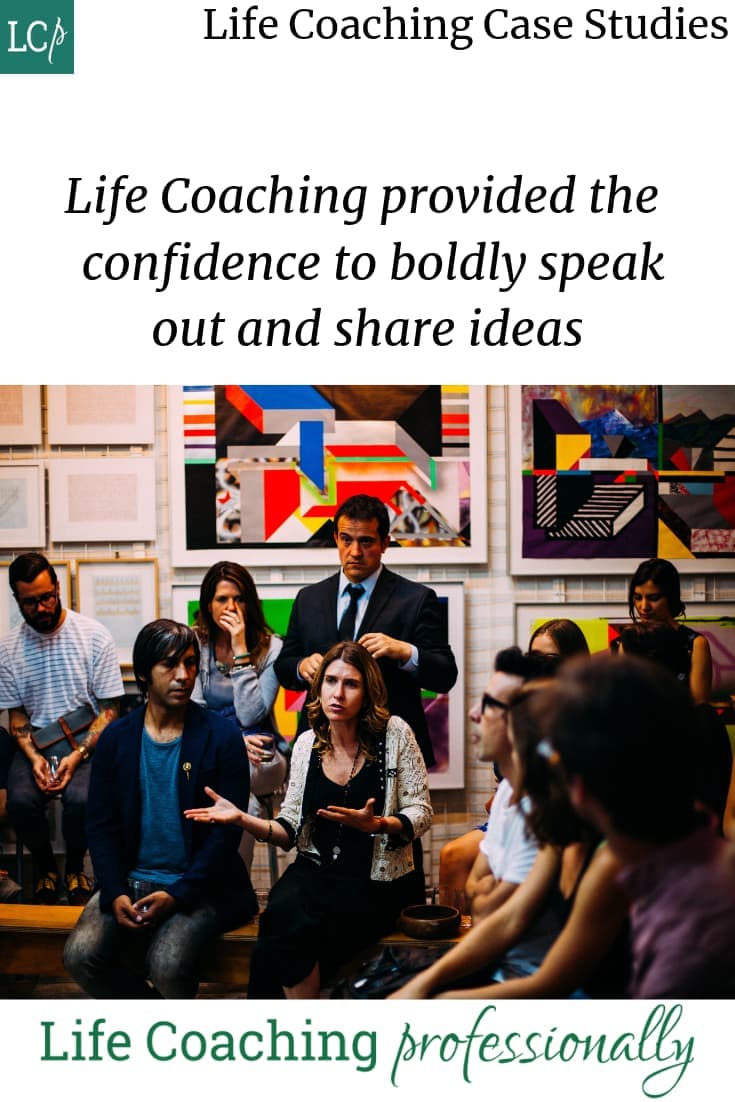 Louise, an attractive single mother of two was successful in her job as a project manager and wanted to move further up the ladder in her organisation.

But she had one of the most common career confidence issues - a fear that if she spoke up at meetings her suggestions and ideas would be dismissed and she would look silly. She had made the decision it was best to keep quiet which, of course, was getting her nowhere.

In her relationship she had similar issues. Recently divorced, she had moved in with a new partner. She didn't relate to or even like this partners friends and was always wondered what they thought of her.  So again instead of speaking up in conversation, or telling her partner she would rather not accompany him to numerous gatherings, she went along but kept resentfully quiet.

I coached Louise to see that a driving need to look good and avoid rejection was preventing her from having the career she was capable of and a satisfactory relationship.

Coaching Breakthrough: Louise Realised That Approval Of Herself Came First

She acknowledged the fact that not everybody was going to like her or approve of what she did and that was OK. But saying nothing at those important meetings was certainly not going to help her aspirations for promotion.

We worked on developing some phrases to introduce her ideas and suggestions in a meeting that would make her feel safer from rejection and at the same time show strength and assertiveness.

She practised this at her next few meeting and to her delight it worked - nobody put her ideas down or shunned her - a huge confidence booster.

It also gave her the courage to apply for the management of a big project - which she got.

This new assertiveness flowed through to her relationship. She decided living with her partner and doing what he wanted to do all the time with his friends was not a good idea. Whilst not ending the relationship completely she moved out into her own home and started establishing her own fearlessly independent life.

The fear of rejection if we speak up is a common barrier to clients having life they way they want. Helping them breakthrough can be one of the most rewarding coaching experiences.

I hope these case studies have given you some strategies to use in your own coaching and you can learn more about personal life coaching here.

Click the image to explore and purchase my eBooks